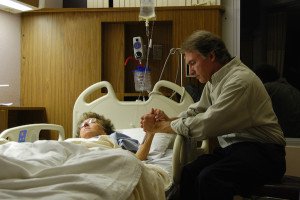 Forbes recently published a very interesting, and surprising, article about tort reform entitled, “On Tort Reform, It’s Time to Declare Victory and Withdraw.” It opens with a bold statement:

“The greatest trick the Devil ever pulled was convincing the world he didn’t exist.” – Verbal in The Usual Suspects. The second greatest trick may be the insurance industry’s success in getting more than half the states to implement “tort reform.” That achievement was based on the promise that restricting victims’ ability to bring medical malpractice suits would improve healthcare and reduce its cost. Those myths have now been completely dispelled."

With an intro like that, I was quite surprised when I saw that the article was in Forbes. For those who are unfamiliar with Forbes, its website describes the magazine as follows: “Since 1917, Forbes magazine has provided the world’s affluent business leaders with strategic insight and information.” Its target audience largely consists of the biggest Goliaths in America business – the richest of the rich. In fact, every year Forbes devotes an issue to ranking the richest people in the world. In other words, this magazine is not the voice for those who have been wronged by a corporation. And it is about the last place I expect to find an article like this.

For those who are unfamiliar with the term, a “tort” is a civil case in which an act, intentional or careless, has caused injury or death. The injured party has the right to sue for damages. Hence, “tort reform” is the term that has been coined to describe attempts to limit an injured person’s rights to sue.

It is important to understand that under “tort reform,” the only rights that are limited are the rights of someone who has suffered a personal injury or wrongful death. The backers of tort reform are not attempting to curtail the rights of one corporation to sue another, regardless of how trivial the issue might be. The strongest backers of tort reform are big corporations and insurance companies, which have the most to lose in tort lawsuits.

One of the types of torts suits that has gotten the most attention from “tort reform” are suits involving medical malpractice. In Missouri, the only type of tort that has been singled out for “reform” involves suits against doctors or hospitals for medical malpractice.

The Forbes article discusses how the insurance industry convinced more than half the states to implement “tort reform” based on the promise that restricting access to victims’ ability to bring medical malpractice lawsuits would improve health care and reduce its cost.

The article goes through all of the many “benefits” that were promised for restricting medical malpractice victims’ access to the court system. And then concludes that none of the promised benefits became reality. Most disturbingly, the Forbes article explains that while the insurance industry was succeeding in limiting victims’ access to the courthouse, “medical researchers were documenting an obvious but disturbing truth: hospitals are dangerous places.” And, as the article discusses, one of the unintended consequences of the tort reform movement is that progress in patient safety initiatives has slowed down. This is something that hurts everyone.

The conclusion of the article in this leading voice for corporate America is as follows: “It is time for legislators to recognize that they were hoodwinked, dismantle the so-called reforms, and begin to look for real solutions to make patients safer.”

We could not agree more.